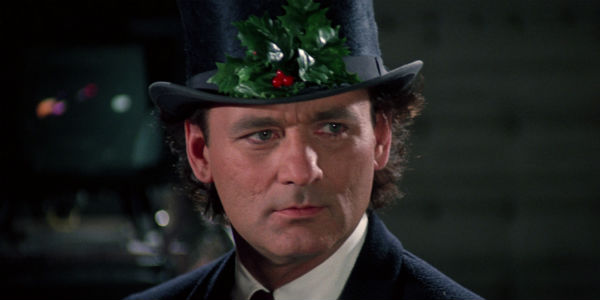 It’s Bill Murray, it’s Netflix and it’s all Christmas. And it appears to have captured all the early buzz for Christmas on television 2015.

Coming to Netflix and produced in conjunction with director Sofia Coppola the special reported stars George Clooney, Miley Cyrus, Amy Pohler, Maya Rudolph and, of course, Bill Murray. Clooney talked about it in a recent visit to the retiring David Letterman:

Paul [Shaffer, Letterman’s band leader] and I just did a Bill Murray Christmas special. I sit on a piano bench with Paul and pretend to sing, which they don’t let me. And I rode in a sleigh with Miley Cyrus being pulled by the Rockettes.

The special will feature celebrities bringing our favorite Christmas carols to life, from “Rudolph the Red-Nosed Reindeer” to “Silent Night” and everything in between. The celebrities added to the show will be playing themselves, or some version of themselves in what Murray describes as a “little movie” with music and texture.

What does that mean? No studio audience, no canned laughter and nothing too spontaneous.

Holiday Turkey Could Be in Short Supply