New Another Tale from Santa's Sleigh

Yesterday was MMC's birthday. 25 years ago was the day I had my fateful conversation with my new daughter that gave birth to what MMC is now. It's also our wedding anniversary.

Sandy and I made plans to be together all day yesterday. Events conspired against us. You don't need the details but we found ourselves only having a small window to even see each other yesterday and we didn't even head out for dinner until close to 8pm.

Things were so rushed and we both were so exhausted that it was more like our normal weekly date night. I asked her what she felt like eating and as usual she gave a non-specific response. Without even thinking I pointed the car south to a special place about 30 minutes from our home that we only go to rarely because it is expensive. Honestly my thought was that if we went there I would end up spending more time with her because it was so far away.

Due to my present employment situation we don't have cell phones. I didn't plan where we were going and because we had already left we didn't tell anyone.

It was a nice drive and by the time we got to the restaurant we had had a few laughs about our situation. As we stood in line my wife put her arms around my shoulders and wished me a happy anniversary. I joked that maybe in another 25 years I'd have my stuff together so that we could celebrate an proper anniversary. She laughed. This was said rather quietly and we were soon seated.

We had a great meal and a good time together. When the check came I handed over my credit card but our server came back just moments later, the ticket zeroed out with a big "Happy Anniversary!" at the top. Someone had anonymously paid our check.

It more than made our day. As we drove back home we discussed how we can reciprocate in some way and the answer, of course, is Santa's Sleigh. So this morning we loaded a little more into Santa's sack.

Funny how things work out. For as ugly as things are in the world today and for as grim as things appear to be heading over these next few months I take great courage in the fact there is still such goodness in the world.

You get what you give. You're a giver, Jeff.

RadioJonD said:
You get what you give. You're a giver, Jeff.

As do I.
Expand signature
There seems a magic in the very name of Christmas ~ Charles Dickens 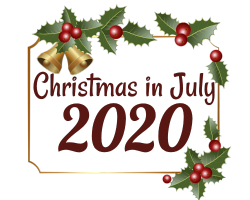