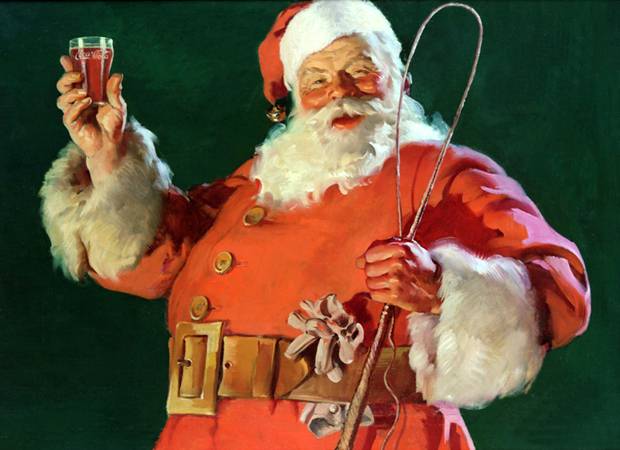 Santa Claus, much like Christmas itself, is a symbol of all things sacred and secular related to Christmas. From classic Coca Cola ads from early 20th century print still remembered and revered today to modern Hollywood creations like Bad Santa that we’d rather forget, the American evolution of Santa Claus just never seems to be quite complete.

While Christmas in America predates the Revolution Santa did not make a splash in America until 1810. He arrived, as many Americans do, in New York City.

A local merchant and leader of a local historical society by the name of John Pintard objected to the roughness of Christmas as it was celebrated in the early 19th century and proposed a solution to New York City leaders. Drawing on New York City’s Dutch origins, he promoted Saint Nicholas as the city’s patron saint – having a pamphlet printed in 1810 that is the earliest known American image of Santa and suggested that the celebrations should be private and family-oriented rather than public and brawling.

His brother-in-law, Washington Irving, picked up on St. Nick in his “Knickerbocker’s History” describing a recognizably Dutch figure in a broad hat, smoking a long pipe.

Irving’s book is more popular today than it was then – probably because it was not a serious work.

In fact it was satire not too unlike many of the songs of Christmas sung today. But Irving’s book likely did catch the eye of Clement Moore, whose own spin on Santa Claus through his oft-repeated poem, A Visit from St. Nicholas, became the first traditional art of Christmas replayed season after season in America.

It is interesting to note the role of the American media over the course of time in shaping the image of Santa.

Irving’s book led to Moore’s poem, which was read nationwide as it was reprinted each holiday season in newspapers coast to coast.

That in turn inspired Thomas Nast, a political cartoonist in the 1850s and 1860s who took the words of the famous Moore poem and gave Santa a shape and a look that became instantly recognizable to Americans who may have never actually met Santa or a person portraying Santa.

Like the Christmas tree, Santa Claus was a novelty of the mid-19th century. He captured the imagination of the public as his image was honed by popular music of the time.

Up on the Housetop was written in 1864 in Benjamin Handby, who was the first to advance the idea that Santa landed on the roof of homes to go down the chimney.

The influence of Santa on popular culture was best showcased by President Abraham Lincoln, who advanced the idea during the Civil War that Santa was on the side of the Union. So effective was his efforts that Southern Mothers declared to their children that not even Santa could get past Yankee blockades.

In the late 19th century Santa portrayers widely started to work in American department stores, giving attention to children and fueling the newly American acquired taste for accumulation and gift giving during the holiday season.

Such widespread exposure of Santa led many children to adopt Santa as an American hero. Adults were taken to him too. Even today, the famed letter of 8 year old Virginia O’Hanlon – who asked in a letter to the editor if Santa Claus was real – and the famous response penned by editor Francis Church in 1897 moves hearts in their consideration of Santa in nearly sacred terms.

It is important to note that Santa does not have a history in America that is totally commercial. He was widely portrayed as a symbol of giving to the needy at Christmas time and could be seen on the streets of large cities in America collecting money, clothes and food for the poor. This tradition comes in thanks to volunteers working for the Salvation Army, many of whom pioneered the red kettle campaign dressed as Santa Claus in the 1890s.

The most popular mass media of the early 20th century was still in the form of books and in 1902 a new children’s book written by L. Frank Baum titled The Life and Adventures of Santa Claus popularized the image of Santa working exclusively for the happiness of children through his work as a toymaker and a deliverer of Christmas cheer in a sleigh powered by reindeer.

With modern media engines of radio, television and expanded print erupting in the 1930s, 40s and 50s the evolution of Santa Claus was turbo charged. Coca Cola likely did the most to further Santa’s image through their iconic advertisements of the 1930s that today remain collector’s items.

Artists such as Norman Rockwell and writers such as Robert May, who brought us Rudolph the Red Nosed Reindeer, combined to make Santa as American as baseball and apple pie. Santa was given his social voice through stories like Rudolph and his legend grew in songs such as Jolly Old Saint Nicholas and Santa Claus is Coming to Town.

Santa Claus in the 1940s, 50s, 60s and 70s still carried a large focus on children but as time passed Santa took on more adult themes in modern American culture. In the 1947 classic film, Miracle on 34th Street, the very existence of Santa Claus was debated in a famous court scene.

Over the years Santa has been portrayed both positively and negatively in American films. Dr. Seuss’ How the Grinch Stole Christmas explores the theme of Santa imposters while the 1994 Disney classic The Santa Clause extends the idea of how Santa Claus exists in perpetuity:

The evolution of Santa in America cannot be discussed without taking note of the many thousands of people across the nation who portray Santa in a variety of settings today. The live portrayal of Santa Claus dates back more than a century and has become an art form in and of itself.

The earliest known Santa portrayer was rumored to have started in 1841 in a dry goods store in Philadelphia and in Peoria, Illinois the world’s first Santa parade was held in the 1880s. A man named James Edgar pioneered the department store Santa in Brockton, Massachusetts in 1890, launching a service minded industry of paid and unpaid Santas who tend to the Christmas wishes of children all over even today.

In 2010, the Santa Claus Hall of Fame was launched to memorialize these early portrayers of Santa with 14 legendary inductees whose adult lives were spent largely in the service of their work as Santa Claus.

The Santa Claus Hall of Fame is located in a place of iconic Christmas lore in America – in Santa Claus, Indiana.

It would be easy to assume that the naming of the community came far after the name of Santa Claus became widely known in the United States. But such is not the case.

Originally called Santa Fe, the community name was rejected by the Post Office department because another town in Indiana already had a post office with that name.

While no official records of the debate over the renaming of the community exists, it is clearly on record as being named Santa Claus. From the website of HoHoHoldings.com we take note of the following history on the naming of Santa Claus, Indiana as originally told by Paul Harvey on Christmas Eve 1992, on his program, The Rest of the Story. But the telling of the story bears repeating, as only Paul Harvey could write it:

Never in history did a town have so much trouble naming itself than the town of…well, that, see, that was the problem. The town didn’t have a name–not even an unofficial one. There were many suggestions, but every time somebody made a suggestion, it was discovered that some other town already had that name.

How did the folks find their way to the “nameless town”? Well, people who lived on the gently rolling hillscape of southern Indiana would simply point and say, “Over yonder is the ‘nameless town.’” So that’s exactly what they came to call it until one Friday night, late in 1852, on Christmas Eve. And this is The Rest of the Story…

The Christmas Eve service had just concluded in the little log church, and everybody was there. [It was] as good a time as any to hold a final town meeting of the year, one citizen decided. As had often been the case through the years of town meetings since the community’s founding, there was only one order of business that night: a name for the “nameless town.”

All were gathered around the pot-bellied, wood-burning stove. The circuit riding preacher, who had just preached the service, was there, too. He was a popular fellow—the Reverend Christian Wyttenbach. So esteemed was this minister that somebody suggested naming the town Wyttenbach, Indiana. But I think it was the reverend himself who respectfully declined; after all he didn’t even live there.

The frustrating discussion continued. Now when I mention “everyone there,” I mean everybody; children–although quiet and not participating–children were included. But then, with a chilly December gust, the door of the church blew open. It was the adults who fell silent and it was the youngsters who suddenly came to life. For beyond the picture-framed doorway was a magical scene of snowflakes winking on black velvet, and the magical sound of sleigh bells.

But whose sleigh might it be? All were present, remember–and nobody else for miles and miles around except…that’s right. And as the children ran to the doorway they excitedly shouted the name that every grownup was thinking, “Santa Claus!” they cried. “It’s Santa Claus!”

Thus one Christmas Eve because of some bells that nobody’s ever been able to trace, the little nameless town received its name: Santa Claus, Indiana; and it is so named to this day. The population no longer numbers in the dozens–there are 2,800 residents now.

And in a sense you might say that there are 28-hundred-and-one. For each and every Christmas season, hundreds of thousands of letters arrive in the town’s post office. Letters come from all over the world with but a single name inscribed upon them. The inscriptions are often scrawled in crayon, but the letters are sent in utmost sincerity. Of course, you know what the name is on all those envelopes, and you know why those letters arrive where they do ’cause, well, because you know The Rest of the Story.

The Post Office finally and formally recognized it in 1895, giving it the one and only official post office in the world bearing the name of Santa Claus.

Santa Claus continues to evolve here in America. His story is as complex and unending as Christmas itself. 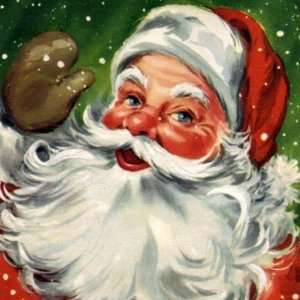 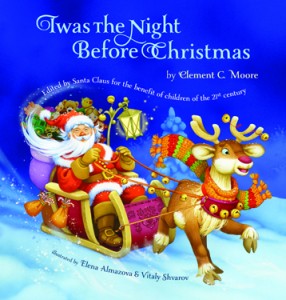 Why is Santa Smoking Controversial?

What You Don't Know About Being Santa