The past 24 hours have seen an extraordinary burst of Christmas spirit from shoppers and Christmas fans upset at what Simon Property Group, a major mall developer with almost 300 malls in the Untied States, is doing to traditional Christmas displays associated with Santa Claus. They have abandoned Christmas trees, the traditional colors green and red, and any of the traditional trimmings that might say “Christmas” and replaced them with what one media source calls “that space ship looking thing”. (The picture above shows the before and after of Christmas at a Simon Mall)

Now it seems the mall in North Carolina is not the only “glacier Santa” experience out there.

Another mall, also owned by Simon in Garden City, New York called Roosevelt Field Mall, opened their display this week and was featured in local media after shoppers expressed outrage at what they saw.

That report and the photo associated with it was pass around on social media. The photo shared via social media has expanded that outrage to other areas of the country where similar displays are being opened. They are using the hastag #BringBacktheTree

The Roosevelt Field Mall Facebook page is full of criticism with some saying the mall made the display because it “doesn’t want to offend shoppers who don’t celebrate Christmas” but there does not seem to be any evidence the mall actually said that. In fact, it appears the mall is responding to the media hubbub about the display and today says a Christmas tree will be added at Roosevelt Field Mall later this week.

But that’s not stemming the tide.

One family in North Carolina even made a Youtube video about it:

Another Simon Mall in Duluth, Minnesota released a picture of their new Santa set which features a stark design absent of a Christmas tree, though this one at least features the color red: 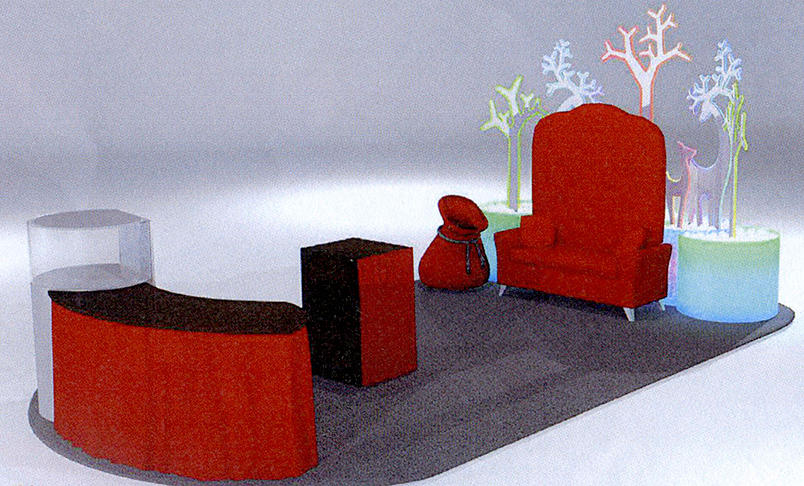