On December 4th, 2015 — just before St. Nicholas Day — the movie Krampus will debut. Loosely based on the ancient character of Christmas nightmares, Krampus, the new movie has a plot that won’t be giving you visions of sugar plums:

When his dysfunctional family clashes over the holidays, young Max is disillusioned and turns his back on Christmas. Little does he know, this lack of festive spirit has unleashed the wrath of Krampus: a demonic force of ancient evil intent on punishing non-believers.

All hell breaks loose as beloved holiday icons take on a monstrous life of their own, laying siege to the fractured family’s home and forcing them to fight for each other if they hope to survive.

Well, let’s not get carried away. In reality, the ancient character of Krampus was focused on naughty kids — not non-believers. He’s a beast to be sure — with his horned goat head, his long split tongue and his overall Sasquatch-like hairy body. And he’s not nice: he was known to beat those unworthy of St. Nicholas’ generosity. But Krampus was no killer. 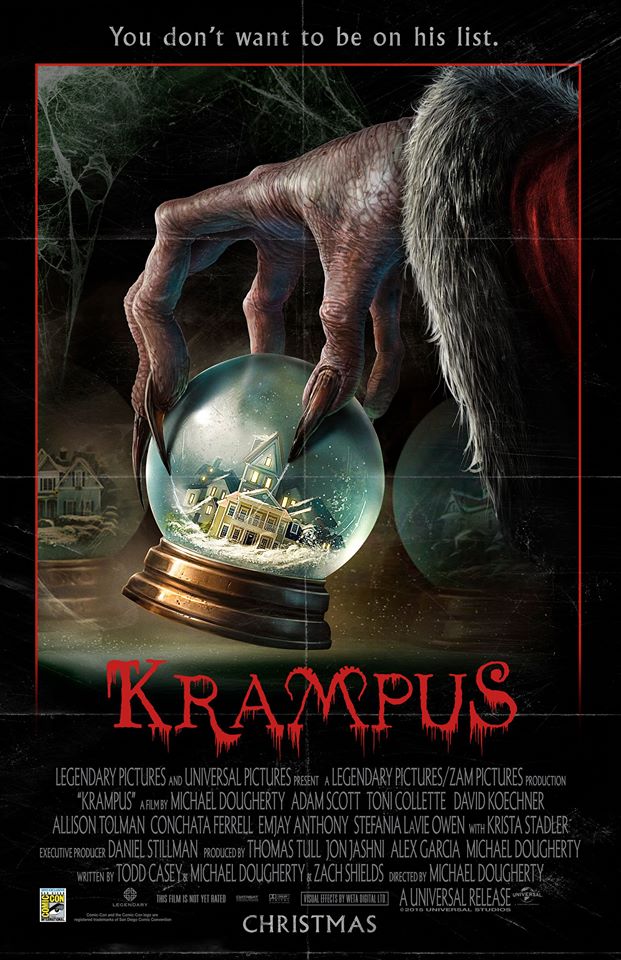 Elf on the Shelf Terror Film in the Works

Ice Cube: Not the Scrooge We're Looking For

Paganism and the Invention of Christmas