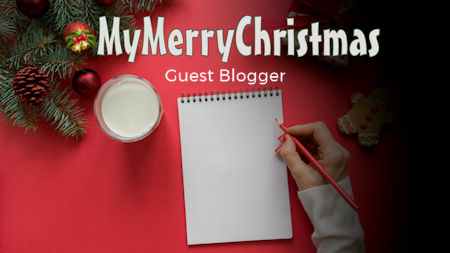 I can still remember exactly how it felt on Christmas Eve as a child, when I would go down to my Grandparents’ house on Christmas Eve, along with my Mom and Dad. We would begin the evening by all going to church for the special candlelight Christmas Eve service, and conclude it by all spending the night together at my Grandparents’ house. It seemed absolutely magical as a child, seeing the normally bright sanctuary illuminated only by the soft lights from behind the altar, as the church elders went row to row lighting the candles for the person sitting on the end, and then those people used their candles to light those of their neighbor. It continued until everyone was holding a lit candle. And the transformation was incredible. As a child, EVERYTHING that went along with Christmas just seemed like it was out of this world, amazing, and at times felt like it couldn’t be real.

And I can still remember how it felt to lay down and be tired, but knowing well that I wouldn’t have an ounce of sleep. The excitement of waking up in the morning to presents and everything that followed was just too great! It helped just a little that everyone would get up usually between 5 and 6 AM, but the night felt like it was an eternity!

We continued to carry on the tradition until I was 13 years old. Sadly, Christmas of 1996 was the last year that we would have my Grandfather, as he passed away the following summer following a short, but terrible bout with cancer. Christmas of 1997 looked vastly different as my parents’ marriage was dissolving, and I was getting old enough to see through the routine of them trying to pretend that everything was ok. They were separated by 1998, and divorced in 1999. As a young man now by this point, I can look back now and see that slowly and sadly, the importance and magic of Christmas was starting to fade out of my life.

Let’s flash forward about 14 years, I am married now, with a house of my own, and I can remember the first time, in a LONG time, that I felt the Christmas bug bite me. We were walking through an outdoor flea market, it is May or June of 2013, and I saw some decorations at the bargain table. I thought to myself, wouldn’t this be nice to add to our home collection! We had bought our home in October of 2012, and had very few Christmas decorations – a FAR cry from today’s setup in 2020, and seems hard to believe for those who know me well. I of course purchased them, and was quite content. But the very feeling of holding them, seeing them, and having just the brief moment of anticipation for Christmas almost seemed like it was stoking the embers in a long-forgotten fire. And stoke the fire it did.

We collected Christmas decorations at every opportunity I could find. Thrift stores, Flea Markets, Yard Sales, these were my hunting grounds. The light collection seemed to grow year by year, along with my excitement. Suddenly, I was finding Christmas stuff everywhere. In 2014, my wife was away on a family trip to Alabama, and I was lying on the couch flipping through the channels when I came across what I would learn was QVC’s “Christmas in July”. How wonderful! I was captivated by the lovely set designs, and all of the Christmas trees. QVC has a cool setup where they have what looks to be an outside “window”, that can show different scenes. Here we were in July, and when the “window” shot to a scene of pine trees covered by falling snow, I literally felt an ache in my chest! Oh how I longed for Christmas! This was different than excitement or anticipation; this was a yearning that felt like it came deep down from my bones! And the feeling felt very familiar. Could this be the excitement that I felt as a child? Is this what it felt like when I went with my mom “Black Friday” shopping? Or the tug at my heart when I noticed that the mall had switched over to Christmas decorations? Familiar it was indeed!

I entered 2016 with lots of things in my life uncertain. The manager of the department that I worked for had left the company, and by the time I got to April, I was looking for another job. All of a sudden, and without warning, “missing Christmas” didn’t seem to be on my mind anymore. Thank God by the time the holidays rolled around, I had indeed found another job in the same company, with a different department. So I could focus on the stuff that made me happy again, and Christmas was back in that list once more.

The Christmas celebration we had that year was wonderful. Even now, I still go down with my wife to my Grandma’s house, along with my mother. Once all of the presents were opened, and we had finished our family breakfast, we said our goodbyes as my wife and I left to go and visit other family. The day dragged on, more houses, more presents, but when I got home that evening, suddenly and without warning a new feeling came over me. Sadness. I was sad that Christmas was over. But this one was different. I always get sad when Christmas is over, but this was something I had never experienced before. I felt gutted, hollowed out.

We took all of the decorations down in the first week of January as had been our custom. And when I took the Christmas tree down, it’s kind of hard to put into words but I really just felt completely empty inside. I was hurting. I took to the internet to try and look this up to see if this really was “a thing”. I called it post-Holiday depression without even realizing that was an actual term. An online friend introduced me to what he and his wife called “Mini Christmas”. They kept up all year long a small, 3 foot tall tree, and on the 25th of each month, they would celebrate by watching a Christmas movie, and giving each other a small, low-value “Christmas Gift”. My mind could have broken in half at the simplicity of it. But I felt the light go on. I looked across the room at the 3 foot tall Christmas tree that I couldn’t bring myself to take down, it is late January now and I was holding on to it for as long as I could.

I was EXCITED to give it a try, as we had a “mini Christmas” coming up in just about a week or so. I figured I would put my own spin on it by playing Christmas music as well, and burning some of the holiday scented candles. When the 25th hit that month, IT FELT WONDERFUL. It was just so beautifully simple, I didn’t have to miss Christmas anymore because once a month I could honor the significance of Christmas with just a small, one-day celebration. And all of a sudden, the Christmas itch came back, I found myself looking forward to February’s mini Christmas. Another friend suggested making our small tree a seasonal tree, to decorate for each Holiday / Season. So I bought some Valentine’s day stuff off Amazon. Mini Christmas was working. Soon we had decorations for each Holiday. April of that year, by chance I ran into a very kind gentleman who worked at Hobby Lobby while I was there looking for crafting stuff with my wife. I told him how I was looking for spring-themed stuff for my “all year Christmas Tree”, and told him how much I missed Christmas.

He told me with a laugh that they had stuff in the back RIGHT NOW, that would go out for sale around May or so. And all of a sudden my all year long hunt for Christmas just gained another layer. That has been my routine for years now, start “hunting” in the Hobby Lobby for Christmas stuff beginning in the end of April, and early May. I’ve gotten it down to a science at this point. I’m in the part of the year now where I can go once a week and see new offerings of Fall and Christmas merchandise. Some people loathe that it’s this early, but not me, because it brings me so much joy. I’ve even considered writing Hobby Lobby and telling them how much I appreciate it, how much it brings joy to my life.

I found My Merry Christmas by chance, and was a lurker for a long time before registering. Even reading the posts made me so happy. Finally, I had found my people. I got so happy when I found out about Rudolph Day! My mind is still blown that there are so many of us that countdown to Christmas all through the year. And over the years, my mini-Christmas celebrations have carried on with great joy. I still have the odd ache in my chest here or there when I see something that makes me long for Christmas, but I remember that it is a GOOD feeling. Having a feeling like that several times through the year continues to remind me just how special December 25th is.

I’m here now just a few days before LEON DAY / RUDOLPH DAY/ HALF-WAY, and just supremely content that we have made it this far. We put out a few outside decorations and run some lights, and my wife makes a traditional Christmas dinner – Smoked turkey, green bean casserole, mashed potatoes, and fresh-baked bread. The 3 foot tall tree is in traditional Christmas lights and decorations, to honor Christmas and to also celebrate the half-way point. We keep it up for the first week of July to run along with QVC’s Christmas programming, and then it will go back to the July patriotic decorations.

The “worst” part of my wait is over. I might be the only person you know that celebrates inside the day after the first day of summer, because I know that my best part of the year is on its way now. We are almost on auto-pilot at this point. By the end of July, my routine switches up slightly to incorporate “pumpkin hunting” along with my weekly Hobby Lobby runs. Pumpkin hunting is looking for anything pumpkin or pumpkin-spice themed in the grocery store. And it’s coming. Last year it happened by August. I can’t wait. My best part of the year lies just ahead, “The Bers” some of us on MMC call it. After September 1st it just seems like magic is in the air. The best part is on its way by then. And if you are like me, you can always find a little bit of Christmas somewhere, anywhere, anytime of the year, if you look hard enough for it.