Who then are the influencers on Christmas? With all the recent focus on the Christmas Hall of Fame we felt this was something to explore through the timelines of Christmas history.

The 20th century, for example, saw Christmas change tremendously. Several people – or influencers – created that change. Here is who we think they were: 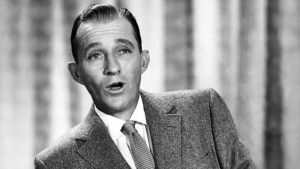 Bing’s biggest claim to Christmas fame is the song White Christmas. Yes, he produced a lot of Christmas music during his career and is likewise known for his movies, albums, radio shows and television specials all tied to Christmas, too. He was the first multimedia superstar of the 20th century.

But it was White Christmas, the biggest selling Christmas song of all time, that gave Bing his influence over Christmas. The song was an anthem to an entire generation of people displaced from home by war – and nearly everyone identified with what the song said.

From that song Crosby was able to extend his fame through other works of Christmas in other mediums. He won an Academy Award for his portrayal of Father O’Malley in two movies, Going My Way and The Bell’s of St. Mary’s.

His 1945 album, Merry Christmas, is considered one of the very best Christmas albums of all time.  Crosby was famous for many different things but his connection to Christmas endures as some of his strongest contributions to pop culture. 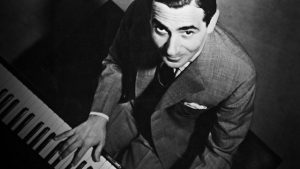 Irving Berlin, who was Jewish, wrote the song White Christmas (and the song Happy Holidays). The work was just one of about 1500 songs that have gone down in history as Berlin’s contribution to what they call The Great American Songbook.

Written around 1940, Berlin knew the song was good. He reportedly told his secretary, “I want you to take down a song I wrote over the weekend. Not only is it the best song I ever wrote, it’s the best song anybody ever wrote”.

Within 15 years the song would become the best-selling song ever, recorded by dozens of artists, the centerpiece of a major motion picture and a forever fixture in the lexicon of Christmas. Christmas isn’t Christmas without White Christmas.

Berlin would live to the old age of 101 and his career in legendary not only in music and records but also in film. He made a lot of stars during his time. But the capper of his career is the best song he ever wrote, White Christmas. 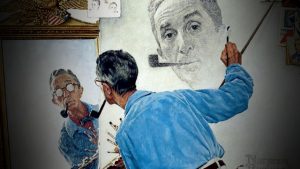 Norman Rockwell was an American painter and illustrator whose works were frequently on the cover of popular magazines of the early 20th century.

His ability to so capture the illustrations of everyday life crossed over into the realm of Christmas for a period of nearly 60 years.

While Rockwell did famously interpret figures such as Santa Claus it was his imaginings of everyday folks enjoying Christmas that captured hearts.

He created more than 4000 original works, some 300 of them Christmas themed and among his most famous. His Christmas illustrations were such a tradition it became something of a passage of each season to anticipate his Christmas works. 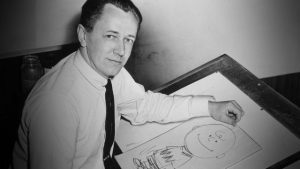 Creator of the comic strip, Peanuts, Charles Schulz was an American cartoonist who would bring forward A Charlie Brown Christmas, a Christmas television special of 1965.

The Emmy and Peabody award winning special has appeared on television each Christmas since.

The animated special, predicted at first to be a failure, spurred the development of many other Christmas specials such as How the Grinch Stole Christmas. Schulz’ work would inspire many other creators who would go on to fame in later years. 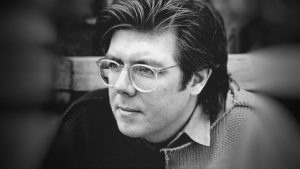 John Hughes was an American filmmaker who over the course of his 25-year career created several Christmas movies that have since reached cult status.

His most famous is 1990’s Home Alone, which was the highest grossing live-action comedy of all time. It was so popular it spawned two sequels, which Hughes also directed.

Hughes additionally brought a successful remake of Miracle on 34th Street in 1994 and another film titled Planes, Trains and Automobiles, which is considered a classic Thanksgiving film. 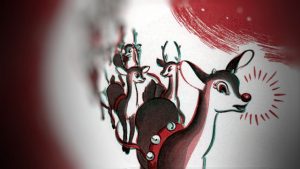 Rudolph is a fictional character of Christmas fame.

He was created by Robert Lewis May in 1939 as the centerpiece of a children’s story created as a marketing giveaway for the department store Montgomery Ward.

In giving away 2.4 million copies, Montgomery Ward created a powerhouse Christmas franchise that created a record-breaking hit song and a stop-motion television special that has never stopped selling.

These efforts put Rudolph on Santa’s team of reindeer as “the most famous”. Like some other children’s stories of Christmas it is told and re-told through songs, film and stage productions continually.

There are others we could add to this list, most from the worlds of Christmas movies and music.

But these are the brightest stars of Christmas influence during the 20th century.

I have one more I would add to your great list...

It's not just that a lot of people recorded his song. It's that his song has become so interwoven with the holiday itself. It's not just any Christmas song. It's THE Christmas Song. Even Paul McCartney, who hasn't released any Christmas music beyond his one-off "Wonderful Christmastime" in the 70's, recorded a version for his collection of songs that made up his take on the great American songbook.
You must log in or register to reply here.
Share:
Facebook Twitter Reddit Pinterest Email Share Link