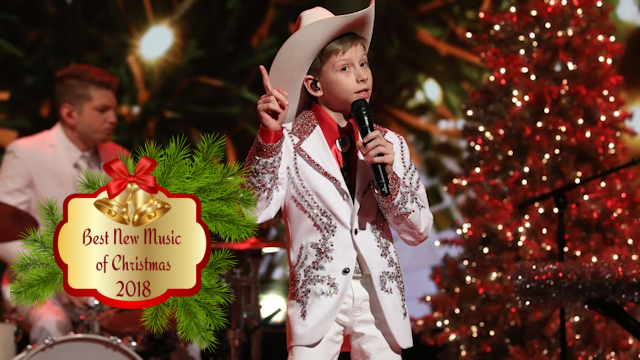 Have you seen this kid, Mason Ramsey?

Chances are you have. A year ago he was just another 11 year old kid from the midwest, likely tracking Santa and dreaming of a white Christmas.

This year he is practically as famous as Santa and singing White Christmas — for millions. Only the age of the Internet can create such a thing.

But here’s the deal: this Walmart Yodel Boy can actually…well, wail:

Seriously. He became a sensation when a video of him yodeling Hank Williams in a Walmart went viral. He practically became a Hall of Famer when he became a meme.

By July the kid was on Ellen and signing record contracts.

What would happen if they teamed this kid with EmiSunshine? The universe just might explode.

Best of New Christmas Music from the Tabernacle Choir