Amazon’s Prime Day falls on Father’s Day weekend this year. It could mean a lot for Christmas shoppers in 2021.

There are already warnings in the media about two major events affecting the world of shopping: inflation and suffering supply chains.

If that’s true, why is Amazon pushing Prime Day on us so early?

It used to fall in July. Amazon, like all retailers, suffer during the traditional shopping months of July and October.

But when the pandemic hit last year Amazon was scrambling to adjust to the realities of Covid life. Like everyone else they had a hard time getting things and an even more difficult time shipping things on time. Prime Day last year got pushed back on the calendar to October.

Amazon adapted well and emerged a real winner during the worst of Covid. After all, who else could benefit from shopping online better than Amazon? They had a record year in 2020.

So what gives now that the pandemic is starting to wane?

Why wouldn’t Amazon just go back to their little bit of Christmas in July with their Prime Day?

The big thing is this: stimulus checks, unemployment benefits, and tax returns are hitting banks all at the same time. Now. This week.

Amazon has hit it perfectly.

Those container ships off the west coast full of goodies you keep hearing about in the media are not exactly being unloaded at record speed.

Amazon, like nearly every other retailer, is sitting on a backlog of warehoused stuff that came AFTER Christmas 2020. They need to sell what they have before they can sell what they are getting. They just can’t wait until October to unload this year. Now is the time.

So…what does all this mean for Christmas shopping, especially for those who do it all online these days?

It means Christmas shopping is now. Not in July.

Not after back-to-school. Not in October. And maybe not even for Black Friday.

Prime Day is actually two days this time (how convenient). It starts at midnight Pacific time on Monday, June 21st.

Actually, it’s going right now– at least if you follow the media hype about the early deals.

Well, it’s all about Prime so mostly what’s on sale now are Amazon products. Kindles, Echos and other such device stuff with Alexa capabilites are hot-priced in the early going.

In fact, they won’t get any cheaper when Prime Day actually rolls around.

This is how Amazon greases the skids, so to speak. They get people online and clicking and buying before the flood gates open on the 21st. If you’re in the market for that stuff – especially as gifts – go now.

Well, inflation is real. It’s coming for all things Christmas. Everything is going up for everyone, including Amazon.

Those increases will impact nearly everything you buy. In fact, you’re seeing ads from sellers of all kinds to put things on layaway and on credit NOW because they will only cost more as the calendar advances.

Secondly, there’s no guarantee you will find later what you can find now.

But this is a year to really set that aside.

Amazon is the retail standard these days. Even Walmart follows Amazon’s lead.

That’s why it is important to follow what Amazon is doing even if you’re not buying. Why? Because other stores have to react to Prime Day. Best Buy, for example, famously wigs out every Prime Day. In fact, the best deals at Best Buy happens whenever Amazon holds a Prime Day.

So maybe now is the time to check out Best Buy, Walmart, Target and other retailers. The deals may not get as much hype but they in fact could be better than what you can get on Amazon.

In fact, if you do your homework, you may already know that Prime Day is kind of a…well, scam. 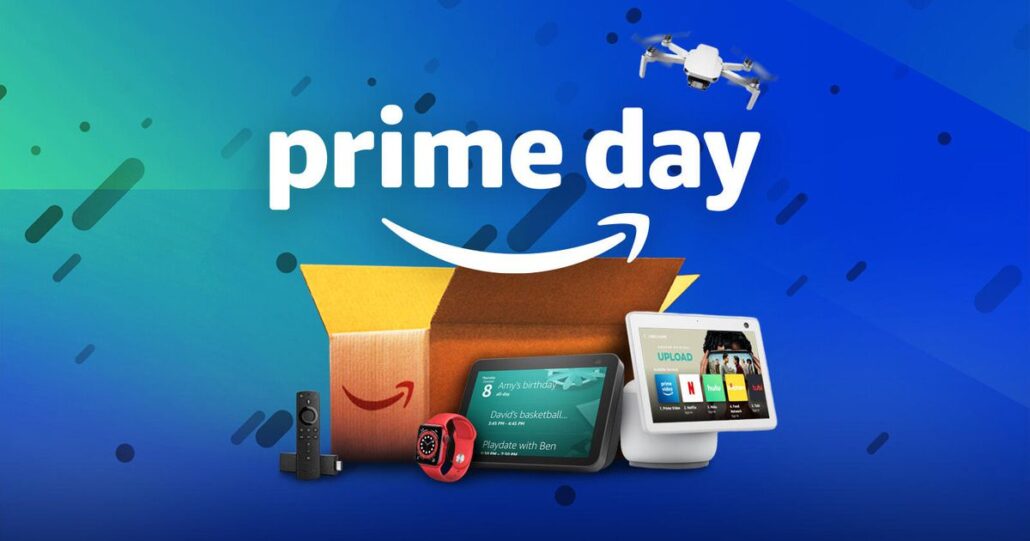 Prime is an Amazon product. You pay a yearly or monthly fee to get perks related to Prime. The value of those perks – from movies to music to “deals” – is in the eye of the beholder.

But Amazon is the world’s largest marketplace. Besides selling Prime memberships and devices Amazon sells their marketplace to businesses of all kinds. What you get as a result is variety unlike anywhere else in the world.

But there are players in that market who engage in endless tactics to separate you from your money. So you have to be sharp when buying on Amazon.

For example, let’s say you want a simple item like a vacuum cleaner.

You find the make and model you like but you might find several different price points available on Amazon. This doesn’t happen in Walmart, kids. Amazon creates this conflict and profits handsomely from it. And you pay the price.

Why would the same model vacuum be variably priced? Well, because “Amazon” isn’t actually selling that product – someone else is. You’re going to pay a price reflective of their costs (which includes listing it on Amazon).

That product, by the way, may or may not be what you think it is. The devil is in the details of the fine print. It might be a legit product – or it might be a black market knock-off. Again, you won’t see these kinds of games at most other retailers.

How are you to know? These are just a few of the perils of shopping on Amazon.

There are price games played all the time. That “great deal” on Prime Day for the vacuum cleaner being “half off” the regular price could very well have been listed lower just a month before when Amazon’s traffic was not enjoying the buzz of a well publicized Prime Day.

In fact, one of the real tricks to Prime Day is to get away from the “sale section” and into the everyday areas of Amazon. Buyers frequently find cheaper deals from those sellers who aren’t listing products as part of Amazon’s sale.

Prime Day may or may not then be a deal.

You need to do your homework and several sites out there point this out.