According to Pwinsider.com, Matt Osbourne, known to wrestling fans as Matt Borne/the original Doink the Clown, has passed away. He was 56. He had been staying in Texas recently, and was found this morning by his girlfriend. More details as they become available.

On behalf of 411, I would like to extend our condolences to the family, friend and fans of Mr. Osbourne.
Toggle signature
One of the most glorious messes in the world is the mess created in the living room on Christmas day. Don't clean it up too quickly!


US actor Joe Conley, best known for his role as shopkeeper Ike Godsey in long-running TV series The Waltons, has died aged 85.
His wife, Louise, said he died at a care home in Newbury Park, California, on 7 July.
Conley, who starred in The Waltons for more than 10 years, had been suffering from dementia.
He landed the role of the Jefferson County general store owner when the series started in 1972.
The actor spent most of his on-screen time opposite Ronnie Claire Edwards, who portrayed his bossy wife Corabeth Walton Godsey.
Born in Buffalo, New York, in 1928, Conley moved to California to pursue an acting career after serving in the army during the Korean War.
He had bit parts in the 1960s series Green Acres and The Beverly Hillbillies before he joined The Waltons.
He published his autobiography, Ike Godsey of Walton's Mountain, in 2009.
Toggle signature
One of the most glorious messes in the world is the mess created in the living room on Christmas day. Don't clean it up too quickly!

He is not a Celebrity, however his invention has been seen in hundred if not thousands of movies.

The Minnesota man whose Twister game launched decades of awkward social interactions at parties has died. He was 82.
Charles "Chuck" Foley died July 1 at a care facility in the Minneapolis suburb of St. Louis Park. His son, Mark Foley, said Thursday that his father had been suffering from Alzheimer's disease.
Toggle signature
One of the most glorious messes in the world is the mess created in the living room on Christmas day. Don't clean it up too quickly!

'King of the Hill' actor Dennis Burkley dies at 67 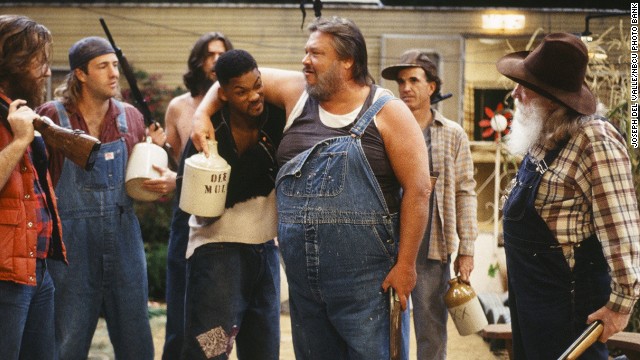 Toggle signature
One of the most glorious messes in the world is the mess created in the living room on Christmas day. Don't clean it up too quickly!


LOS ANGELES (AP) - Whether she was issuing orders as an Army captain in "Private Benjamin," rambling as a real-life rendition of Mrs. Peacock from "Clue" or blasting an immortal monster with a shotgun as a crazy cat lady in "Jeepers Creepers," actress Eileen Brennan injected perfectly timed comedy into each of her roles.
Brennan died Sunday at home in Burbank, Calif., after a battle with bladder cancer, said her managers, Jessica Moresco and Al Onorato. She was 80.
"Our world has lost a rare human," said Brennan's "Private Benjamin" co-star Goldie Hawn in a statement Tuesday . "Eileen was a brilliant comedian, a powerful dramatic actress and had the voice of an angel. I will miss my old friend."
Toggle signature
One of the most glorious messes in the world is the mess created in the living room on Christmas day. Don't clean it up too quickly!

Singer Eydie Gorme passed away at the age of 84.
Reactions: 1 person
M

MerryCarey said:
Singer Eydie Gorme passed away at the age of 84.
Click to expand...

This made me sad.
I thought she was a wonderful vocalist...so very talented.
She'll be missed!
Reactions: 1 person

Merry Christmas to All and God bless You

According to TMZ, Lisa Robin Kelly, who played Eric Forman's older sister on That 70s Show, passed away at the age of 43. She passed away in her sleep Wednesday night at a rehab facility in California.

Kelly's agent stated that had just voluntarily checked herself in for treatment for an alcohol problem this past week, and was determined to get cleaned up. Kelly had been in and out of rehab centers hoping to kick her alcohol problem but most recently fell off the wagon after a dispute with her estranged husband Robert Gilliam. Sources say that he beat her last May, in order to obtain residual money from her show. He was then convicted of domestic battery last month and sentenced to 3 years probation

Her new boyfriend brought her to rehab again on Monday, and late last night she went into cardiac arrest and couldn't be saved. The new boyfriend blames her estranged husband for the relapse.

Kelly had been in and out of trouble for the last few years, as she had been arrested at least 4 times in the past 3 years for DUI, spousal abuse and assault.

Our condolences to the family, friends and fans of Miss Kelly.
Toggle signature
One of the most glorious messes in the world is the mess created in the living room on Christmas day. Don't clean it up too quickly!

Billboard reports that Allen Lanier, a founding member of Blue Oyster Cult who performed with the guitar and keyboard, died from Chronic Obstruction Pulmonary Disease, which affects the lungs. He was 67.

In a statement, the band said: "We've lost our friend and bandmate. DFTR sweet man. We love you and miss you."

Lanier retired from the band in 2006, but returned for an anniversary show last year. He co-founded the group with guitarist Donald "Buck Dharma" Roeser, drummer Albert Bouchard, singer Les Braunstein and bassist Andrew Winters in the late 1960s. Eric Bloom replaced Braunstein as the singer and the band went through several names before settling on Blue Oyster Cult in 1971. They were then signed to Columbia Records by Clive Davis. Lanier appeared on all fourteen albums from the band, including their most recent, 2001's Curse of the Hidden Mirror.

He wrote: "My great friend Allen Lanier has passed. I'll miss the guy even though we hadn't spoken in awhile. He was so talented as a musician and a thinker. He read voraciously, all kinds of things, especially comparative religion. We drove for years together, shared rooms in the early days. We partied, laughed, played. All BOC fans and band members will mourn his death. Ultimately smoking finally got to him. He had been hospitalized with C.O.P.D. It was Allen who heard some old college band tapes of mine and suggested I get a shot as the singer in 1968. A lot of great memories, over 40 years worth. Maybe he's playing a tune with Jim Carroll right now."

Lanier is survived by his wife Dory, sister Mary Anne and mother Martha. 411 would like to give our condolences to his family, friends and fans.
Toggle signature
One of the most glorious messes in the world is the mess created in the living room on Christmas day. Don't clean it up too quickly!

Author Tom Clancy, whose novel, "The Hunt for Red October" propelled him to fame, fortune and status as a favorite storyteller of the American military, has died, according to sources with his publisher and family. He was 66. The cause of death wasn't immediately available.
A Baltimore-born former insurance agent, Clancy was known for writing meticulous thrillers focusing on political intrigue and military tactics and technology. He published 28 books -- including a new novel yet to be released.
Toggle signature
One of the most glorious messes in the world is the mess created in the living room on Christmas day. Don't clean it up too quickly!

TV psychic Sylvia Browne died November 20 at age 77. I would make some morbid joke about how she saw this coming, but Browne had previously predicted that she'd live to age 88.

This man changed a way of thinking and of life.
Reactions: 3 people

Madiba....very sad today...but of course he derserves to rest now....95 years of life...and what a life it was
Toggle signature

Merry Christmas to All and God bless You

Eleanor Parker, who played the Baroness in the film "The Sound of Music," passed away at the age of 91.


Here's to three lives long-lived and long careers entertaining us.