15 years ago the events of this day were seared on the minds of billions. I can never forget it, though I was thousands of miles away. I watched it unfold my on my TV, I dealt with how it affected all my employees and for months afterwards it affected nearly every part of my life.

I had a friend of mine who lost his life in the South Tower that day. I didn't know about it until weeks afterwards.

When I say "friend" what I mean is that he was like most of you. For well over a decade we "knew" each other only via our online lives. We played fantasy baseball together. We became close enough to exchange Christmas cards.

It was his son who told me about his loss. We knew he worked in New York and we knew he just dropped out of everything in the weeks of a traditional pennant race in our league. Other guys in the league were able to root out his family's information and his son, who at that time was quite a young man, stepped forward to give us the news.

Of course we talked about it here on MMC -- even before the days we had a forum. Then it was an exchange of emails. Did any of you think to save those?

This was also years before we did Santa's sleigh.

But it was through Santa that we experienced the deepest scars of 9/11. SantaUpdate.com was live in those days, though not as active as it is now. We accepted email for Santa through that site then.

The tone and the tenor of emails that Christmas were completely different than before -- and since they have seldom been the same. We had deep, probing questions from kids all over the world that year. We had heartfelt pleas from parents that year. We had unselfish wishlists sent to Santa that just said "Please, Santa -- give whatever was mine to any family in New York who lost a loved one."

There was an outpouring of love, of grief, of guilt, of heart wrenching pain that Christmas.

We had one little boy write to Santa who lost his Mother on 9/11. He told Santa that all Christmas meant to him now and forever was that he would someday see his Mom again. She became the star on his tree, from that moment forward.

That letter was really the first time we reached out kind of like we do now with Santa's sleigh. It took quite a few days but we were able to locate this boy's family and did what we could to ensure he had a Merry Christmas. He was, and remains, in many ways, the very inspiration for Santa's Sleigh.

Wounds heal, though scars remain. The grandchildren of my lost friend now follow along on Santa Update. The eldest I believe is now 11. I am not close to this family and hardly have much contact any more. But I know they are out there because I am, in our Santa way, a connection to a grandpa they never knew. Don't think for a minute that I don't think about him and them.

The funny thing is this: my friend had a first name I never used. In our league we all use made-up manager names -- names like Slick and JimBob and Flakey. His name in our league is a name I've used for several years now as a quiet little tribute to him. I won't share whose name that is but he's become quite the popular elf. And I know that would make my friend smile because he told me once -- in a Christmas card -- that he liked me much better as Santa than he did as a leaguemate. Turns out he was a huge fan of Santa....and I think he'd be delighted to be an elf.

Let us never forget 9/11. We believe in Christmas and the its core Christmas is about hope and faith and overcoming death. Think about that as you hang your ornaments this year and put that star on your tree.

I hope to never have another Christmas like 2001. And I hope to never forget it either.
Expand signature
Santa Update | Christmas Hall of Fame | Santa Trackers | MyMerryChristmas.com
Reactions: tsah, mike24forever, DoubleA and 10 others

I will second that!! 911 turned into our biggest Toy for Tots I was ever part of. Even though I had already deployed to Afghanistan way before Christmas, the month after 911 garnered us more cherished toys than the whole year had.
Somehow it made that god forsaken country just feel a little better.
Expand signature 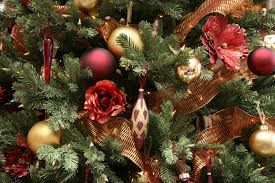 "The Bell still rings for me!"
Reactions: tsah, Holiday, 'Tis the season and 2 others

Deep in the Heart of Texas!

Thanks for sharing your story, Jeff. It was a heartbreaking moment in history that we will never forget. The spirit of Christmas was much needed that year, and for me, it helped heal my soul. Sorry for the loss of your friend.
Expand signature

In 2001, I was living in the NYC suburbs and working as the Director of Human Resources at a local bank. I was at a meeting at the Department of Labor when the planes hit the towers. Abruptly the meeting ended so we could all get back to our staffs.
I immediately thought about my next door neighbor, Rich, who worked at WTC. I called my husband who hadn't yet heard the news and he called next door. Rich's wife answered the phone and she was hysterical! Come to find out, Rich who had been at WTC since the 1993 bombing, had been laid off the week before as his work was completed! He loved working at WTC and, ironically,had an interview there the very next day! He was one very lucky man, despite the loss of several close friends.
My daughter's cheerleading coach lost her husband that day, a FDNY captain. My assistant at work lost 5 of her friends. Almost everyone in our area knew someone who either lost their life or narrowly escaped that day. It was indeed the most horrible day in memory and I pray to this day we never have to go through something like that again!
Reactions: Christmasplease and christmasjingles

I know this post started a bit ago but I have a beautiful ornament with our flag and the towers on it that goes on our tree every year. I got it a few months after the event. I, too, pray nothing like that ever happens again anywhere.
Expand signature 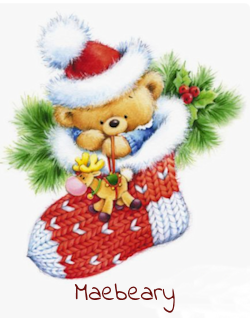