MMC Not a Happy Christmas 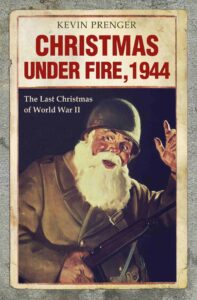 In 1944, Christmas was celebrated for the sixth time since the Second World War had broken out on September 1, 1939. Men who often shared the same religious background fought each other to the death in sharp contrast with the old Christmas message of Peace on Earth. Christmas under Fire, 1944 tells about this last war time Christmas. Below an excerpt from this book. This part is about how Christmas was celebrated in the United States.
It was not a happy Christmas in the U.S. More Americans than ever had been sent overseas to the front. Since D-Day on June 6, 1944, thousands of them had been killed or wounded. In addition to living rooms at the home front being decorated with Christmas wreaths and...
Click to expand...