On the very day that Mariah Carey declared Christmas season open and not long after Robbie Williams declared that Michael Buble should not own Christmas Michael Buble did what pros do: he showed why he’s the master of Christmas music:

It probably took a little money. The video has nothing but handmade visuals, done in painstaking style. And the song is an all new version too.

Michael Buble has pretty much owned Christmas music since his album release of 2011. Yeah, he’s bigger than Pentatonix and bigger than…um,…what’s her name? Oh yeah, Mariah somebody.

On Twitter all the jokes are that it’s not Christmas until Michael Buble says so.

Evidently he has said so. Merry Christmas. 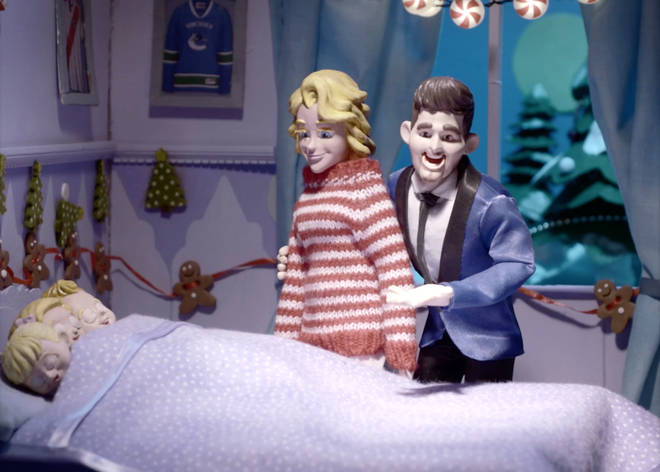 B. Francis Morlan
Long-time Christmas freak, first time expert. B. Francis Morlan has written for MyMerryChristmas.com since 2013. He lives in Beaumont, Texas with his ...
I liked it! Fun, upbeat version of the song and the video was cute. Welcome, Christmas 2019!
Ah, Christmas music. You love it, you hate it, you embrace it as the season comes around because resistance is futile -- it's everywhere. Maybe you listen to it only on Christmas Day or maybe you listen to it year-round. Perhaps you're exclusively the Michael Bubl type. Perhaps you have a thing for Justin Bieber's