Scary and merry is the theme of the first single to drop from the newest Christmas album coming out soon from Pentatonix. “Making Christmas” is a brilliant theme from the now classic film Nightmare Before Christmas. Coincidentally, that movie celebrates its 25th anniversary this year and the song, of course, is a delightful and frightful mix of both Halloween and Christmas. Watch:

Pentatonix, who has made the hottest selling albums of this century (so far), seems to release a new Christmas album every two years. Christmas has been very good to them.

But to be honest, Pentatonix has also been very good for Christmas music. Their tight a capella performances are inventive and catchy. Fans of all ages appreciate their skills and great vocal efforts and have rewarded Pentatonix with three #1 selling Christmas albums in the last six years.

It is expected their new album, titled Christmas is Here, will be just as popular.

The merging themes of Halloween and Christmas are not just a trend of the past 25 years either, despite the cultural success of Nightmare Before Christmas. While Halloween in the minds of many is associated with terror and horror the same too can be said of the ancient figure of Father Christmas and Krampus.

The truth, of course, is that Halloween is not really about frightmares. It is actually a tradition born of love and honor — for the dead. Known as All Saints Day in many countries, Halloween borrows the theme of the dead and blends it with traditions of costumes and neighborly visits known as mumming.

Mumming, in places where it was commonly practiced, is actually a tradition of the Christmas season.

That makes the full circle co-celebration of Halloween and Christmas together so much fun — and, as showcased by both Nightmare Before Christmas and Pentatonix — so creative. 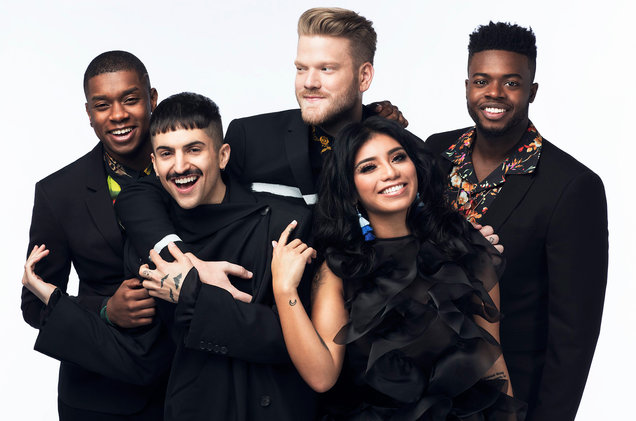 Rochelle Woo
I think the video was ridiculous. I'm not a prude, nor do I lack a sense of humor, nor am I a major league whiner, but that was just gross.