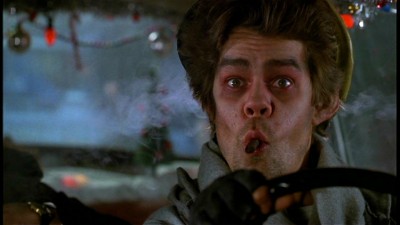 For the second time in less than a month a bad idea for a Christmas movie has been announced. Paramount has declared that Kevin Hart will produce and likely star in a remake of 1988’s dark comedic disaster called Scrooged, which originally starred Bill Murray.

Scrooged is just one of many inexplicable takes on Dicken’s A Christmas Carol that ultimately underwhelmed both at the box office and with traditional Christmas audiences.

Murray’s manic performance in what can only be called a joyless take on Christmas remains one of the most bizarre depictions ever of Ebenezer Scrooge.

Unlike A Christmas Story, Scrooged remains an enigma with Christmas audiences, though Paramount now insists it is a “cult classic”.

The film pulled in $60 million at the box office, not even cracking the top ten for that year.

In fact, another film from the same year, Die Hard, argued both then and now about whether it is a Christmas film at all, pulled in more than $80 million. Just a year later Christmas Vacation was made and it grossed $72 million. Why aren’t they trying to remake those two films?

Films of greater Christmas fame such as Home Alone went on to make $285 million and The Santa Clause pulled in $145 million. Scrooged does not even make the top ten.

Scrooged has likewise failed to impress in home media sales and in television replay.

So why then is anyone even considering a remake?

In 2013 Hollywood announced a potential remake of It’s a Wonderful Life, long considered even outside of Christmas circles as one of the best movies ever made. The outcry against a remake was so great the project was shelved.

It might be time to cry out again, folks.

Why can’t Hollywood get Christmas right? In the past decade we have had to endure such lousy offerings such as A Bad Mom’s Christmas, The Man Who Invented Christmas, Office Christmas Party and The Night Before.

Hollywood’s take on Christmas has been simply dreadful.

Release after release seems to cast Christmas with nothing but weird themes, raunchy comedy and dark misery. Hollywood, it seems, hates Christmas.

Perhaps this is why the ongoing success of Hallmark Christmas movies expands. With better than 40 largely saccharin formula made-for-TV Christmas movies a year Hallmark has found a willing and watching audience. Why can’t Hollywood see that?

Any why can’t Hollywood even get A Christmas Carol right?

The last decent version of the film coming from Hollywood was The Muppet Christmas Carol brought out 27 years ago.

The last time they even tried to make it was more than a decade ago with Jim Carrey giving us a video game version of the film.

Remaking another dark Scrooged is hardly the formula for success.

In the UK audiences are looking forward to a new BBC adaptation of A Christmas Carol starring the likes of Guy Pearce, Stephen Graham and Rutger Hauer. It is a serious pursuit.

Yet Hollywood is giving us Kevin Hart in a remake of a movie we can hardly stand.

Would it be that hard? Can’t they find the talent and originality to give us a serious version of A Christmas Carol? Can’t they give us great, modern special effects with a glorious score with well-acted dialogue? Is that asking too much?

A Christmas Carol is a classic for one simple reason: it tells a great story. Isn’t that what Hollywood is supposed to do?

Please, for the love of Kevin Hart, spare us a remake of Scrooged.

William Werner
All I Can Say Is "AMEN"
I'm a big fan of Scrooged, although I can see why people do not like it. It's not my favorite adaptation (either Mickey's Christmas Carol or The Muppets), but it has one of my favorite moments in Murray's big speech at the end. For the last twenty years, Hollywood has been obsessed with telling us stories we've already heard with countless remakes, sequels and prequels.

I'd be more interested in something original, to be honest.
Hollywood amazes me. They want Christmas to be an entirely Christ-less holiday, all the while producing tacky, tawdry characters and plots that diss Santa and literary classics like Dickens version of Scrooge. It's an ongoing "in your face" attitude toward the public...the public without whom they would not have the funds to produce their crass and insulting trash they call "art."