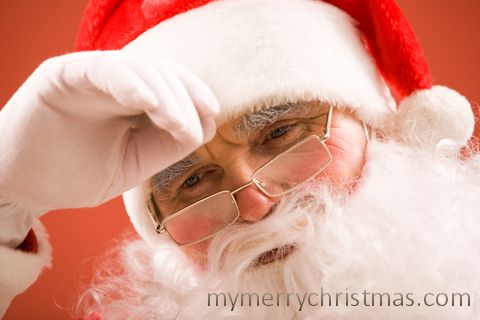 I take nothing away from the women in my life when it comes to the holidays. From coordinating all the family activities to preparing food, parties and gifts there is little that doesn’t get done by them and left untouched by me. But men too have plenty to stress over at Christmastime.

I go back to that first Christmas Eve as an example of what men can have to handle. Consider Joseph’s plight: they were spending Christmas on the road, unable to find a place to stay and Mary was great with child. Consider the stress when she told him, “It’s time.”

Then, after all the shepherds had visited and the angels had delivered their glad tidings there was still that tax bill to pay. Hardly glamorous and certainly a footnote at best in history but a job that had to be done nonetheless. I’m fairly certain that task fell to Joseph.

All of my Christmas Eve experiences pale in comparison, of course. But then again Joseph didn’t deal with the modern Christmas. He didn’t have cell phones, a tool box with all the tools except the ones he really needs and assembly instructions in Chinese (assuming, of course, he would actually read such instructions before pulling everything out of the box).

My job is often simplified to narrow categories such as freight hauler, tinkerer and errand boy (these are year round labels too, come to think of it). On an everyday basis it is as dull as cardboard. But when you are dealing with your kids’ visions of sugarplums and your wife’s commitment to holiday excellence and it all has to be done in the dead of night on Christmas Eve it can all be quite stressful.

Of course, as husbands and fathers we want to provide all we can for these all important holidays. I’ve been to the grocery store on the afternoon of the day before Thanksgiving. If that’s not love, I don’t know what is. We do these kinds of things on holidays.

But Christmas Eve is when we really shine. A few years back my then ten-year-old son wanted a drum set for Christmas. You don’t consider what an ongoing monster you are creating at the time. All you can see is that look on his face on Christmas morning. Such a gift was way out of our reach financially but as luck would have it a neighbor who just happened to be a musician was disposing of an old set of drums he didn’t need any more, one that he declared would be perfect for the learning beginner.

One of the critical skills a man has to have is the ability to hide or disguise Christmas surprises (unheralded, as most man skills are). As luck would have it I had a travel trailer sitting on my driveway and I possessed the only keys.

Over the years it safely hid lots of bikes, dollhouses and sleds. It would hold the drums fine.

Christmas Eve was bitter cold, coming on the heels from a heavy snow storm just days before. I had shoveled the driveway around the cars (another man-skill) but had failed to clear around the trailer (more male thinking).

After pumping the kids full of Benadryl in an effort to quell their Christmas excitement things finally settled down after midnight. In the dead cold of a moonless night I made my shoe-less way out to the trailer to begin assisting Santa in his duties. The trailer had been filled with Christmas surprises large and small. All were successfully hauled in except for the big one – the drums.

I had been using the small side door on the trailer. Most stuff I was bringing in was small. But some parts of the drum set were a tight fit through the door.

It was cold, I was barefoot and it was dark. Being a multi-tasker I was handling more than one item at a time. Specifically, my left arm cradled a drum against my hip while my right hand grasped a tripod with the cymbals on it (you can see where this is going). I was dancing around just a bit because my feet were cold and, of course, I was not wearing a coat of any kind, thinking the Christmas spirit alone would warm me. As I navigated through the doorway I tripped on something really cold and metallic and felt the drum start to get away from me.

I lunged after it. But it was just big enough that it fell from my hip, nicked the door jam and rolled out into the snow and down the driveway. I might have said a bad word or at a minimum let out some sort of yuletide yell. That was when I noticed the neighbor’s light going on. However, in that split second, I had bigger things to worry about.

You see, I had failed to pull out the metal stair steps leading up to the trailer door. My lunge after the drum led to my discovery that my body had nowhere to go but down. Way down. I fell out the door and into the snow, the tripod of cymbals coming after me and crashing to the driveway with a clatter that had to be have been heard blocks away. That was when I heard the neighbor laugh.

Within seconds she was out in her bathrobe and slippered feet, holding the drum that had rolled out to the street – a little scratched but otherwise no worse for the wear. I didn’t even have time to say “Merry Christmas!” to her because my cell phone was ringing. Still on the ground in the snow I reached in my pocket and took a call from my wife. “Are you okay? I heard a noise.”

Christmas morning came off otherwise without a hitch. The kids barely noticed the bandage on my forehead from when the foot of the tripod caught me in its flight. I wore socks so my wife would not see the scrape on my big toe from falling out the trailer door. All that mattered was that I delivered on time and that the smiles were there Christmas morning. Granted, my son had to question why one drum was a little wet and there was blood in the snow by the trailer. But somehow these questions didn’t ruin Christmas and only made me laugh after the fact.

Looking back I consider the lessons of that Christmas moment. My son will have his own son to think about next Christmas. My advice to him will be simple and concise: don’t do drums.

As for Christmas this year the ghosts of Christmas past have, I feel, taught me well. The trailer is gone and all the hiding places are inside. Santa has already told me his plan and things are already wrapped, no assembly required. Even the Christmas tree these days is pre-lit. The stress of Christmas these days will come more from watching my kids learn their Christmas stress lessons. In my view, that’s a happy kind of stress, a burden I am all too glad to endure. After seven kids I feel I’ve earned it.

All the Wise Men had to have been grandfathers. That is what made them wise.

Christmas at the White House

Christmas and Tragedy: Why God Doesn’t Stop It