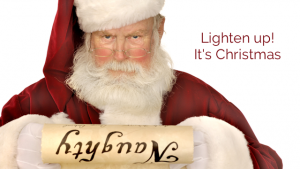 It was expected that in the era of President Donald Trump the war on Christmas would become more extreme. But nobody saw this coming.

This time it is not the religious of Christmas under attack. It is definitively secular.

Charlie Brown’s Thanksgiving, more than half a century old, is now considered by some to be racist.

Rudolph the Red Nosed Reindeer, the 54-year old television special, is now deemed to be full of bigoted and sexist content.

An Ohio radio station has pulled all versions of the song Baby It’s Cold Outside saying that the song is inappropriate in the era of #MeToo.

None of this is the sacred stuff of Christmas. This is the secularists eating their own.

Where will it end – and why are they doing it?

Don’t expect it to end soon.

There are, after all, plenty of suspects for the PC police to pursue.

George Bailey, for example, abuses his wife and kids.

Kevin McCallister ruthlessly tortures thieves after he is abandoned and left Home Alone by his clueless parents.

Clark Griswold is a pervert of the first order and his cousin Eddie is an environmental terrorist and a kidnapper.

Buddy the Elf is illegally adopted, treated like a misfit and rejected by his own father.

Scrooge is homicidal, Santa is insane in Miracle on 24th Street and a fat pig in The Santa Clause.

The Dad in A Christmas Story has electric sex in his front window, Bing Crosby trolls a woman half his age in White Christmas, and the Polar Express appears to whisk children away on a runaway train without parental knowledge or escort.

Even The Muppet Christmas Carol, harmless as that might appear, actually drowns a rat in frozen water and features Beaker flipping the bird to Scrooge. (You can google that, kids).

Even the new stuff of Christmas is coming under fire.

Kurt Russell’s Santa in The Christmas Chronicles on Netflix is criticized for stealing a car, going to jail and then singing a quasi-dirty Santa song with street walkers and druggies.

Christmas suddenly appears just can’t seem to do anything right.

Is that their goal? To demonize Christmas? Will shaming it in whatever countless ways cause it to go away? Is that what they are up to?

If so, it is a bizarre tactic.

After all this is the same crowd that howls at South Park Christmas.

It is same bunch that made Bad Santa so popular Hollywood was challenged in topping it with an even more disgusting sequel.

The hypocrisy, of course, bleeds over into everything non-Christmas related, too.

While they rail on the 50+ year old Rudolph and Charlie Brown they are applauding the naked Mylie Cyrus, Katie Perry or Taylor Swift with whatever they publish without limits.

So is their aim moral? Or merely to destroy the institutions of Christmas?

This is the newest debate of Christmas.

It is a strange one.

There is no doubt that many of the beloved icons of culture related to Christmas are flawed.

Perhaps that is why we love them. We enjoy Rudolph not because he suffered but because he overcame.

In fact, if you do just a smidge of research you will find that Charles Schulz and his Peanuts were barrier breaking when it came to race. To criticize him now is to diminish what was accomplished at the time.

Technically, Baby It’s Cold Outside is not a Christmas song.

But then again neither is Jingle Bells.

What separates these two holiday season songs besides a hundred years?

They are, at the end of the day, really about the same thing: wooing women.

In fact, the books of Christmas history are filled with love songs.

What’s Christmas, if it is not about love?

As a Christmas traditionalist I could suggest that we just stick to the fundaments of Christmas.

Angels We Heard on High and Away in a Manger seem to be safe enough for everyone, right?

Here it is 2018 and we have yet another school who has banned traditional Christmas music, this one in Virginia. (What music can they play? Well, Rudolph)

Their excuse? The school wants to be “more sensitive to the increasing diverse population at the school.”

In other words, in order to not offend, they offend mostly everyone.

The war on Christmas is not really a war because these battles can never be won. They can only escalate and drone on.

The endless debate over Merry Christmas is a great example. The term “Merry Christmas”, despite pure dictionary meaning, is classically American.

It co-existed with “Happy Holidays”.

Everyone said Merry Christmas without another thought back then.

But now we think about it. Because to say so seems, um, naughty in some way.

The whole Merry Christmas/Happy Holiday debate began as a political ploy in the 1990s.

We keep playing those games and falling into these traps. The truth, in fact, is that Merry Christmas is not offensive and saying Happy Holidays is not offensive. You don’t have to pick a side.

All of this weird – and getting weirder with every passing season.

Click here to listen to the Naughty Episode of the Merry Podcast — a candid and sometimes eye-popping and uncomfortable frolic down memory lane and a bit of Christmas history many never want to talk about. It’s a fun episode, in truth, one filled with humor and great music.

Jeff Westover
Father of 7, Grandfather of 7, husband of 1. Freelance writer, Major League baseball geek, aspiring Family Historian.
A lot of the items brought up in this article my wife and I have noticed for years. It hasn't bothered us at all when you think of the context of the era these songs and/or movies were made or written. Does "Baby, It's Cold Outside" sound possibly crude and outdated? Perhaps, but it is tradition to listen to it. I have never liked the song, it isn't on any of my playlists, but it reminds me of Christmas and I listen to it when it's on the radio. In Rudolph, Santa is a jerk, Fireball has blond hair, and his name is Fireball. It's not about a cranky old Santa, or Fireball getting bullied about his hair, and with that crowd you know he did. Like was written in the article it's Rudolph's triumph. Charlie Brown's Thanksgiving isn't racist, maybe Franklin is sitting on the side of the table by himself by his choice, but he was invited to go there by friends and ends up going to Charlie Brown's grandmother's house.
Almost all songs can be looked at with a naughty eye. The early Beatles, of course had a seemingly squeeky clean public image, but listen to the words of the song with a different ear and "I Want To Hold Your Hand" is not as innocent as it seems. "I Saw Her Standing There" opens with the line "She was just 17, you know what i mean..." it could be considered an auditory wink of an eye, but people love the Beatles and there songs and sing them without blinking an eye. If you have ever listened to the Beatles working in studio, the words they would sing instead of the true lyric would either have you laughing or blushing. Do I need to go into how many Mel Brooks movies could not be made in this day and age? Two words "Blazing Saddles." One of my favorites, but that one would set off many alarms now.
Before we jump to conclusions about songs or movies, sometimes you need to step back, look, and consider the era when it was made. Who knows, what we think now is right, may be looked upon as taboo 70 years from now.