Thank you for sharing the picture's of your Christmas parade Auntie!

The horse's are so beautiful!

Our town will light it's Christmas tree Dec 2nd and the parade is Dec 4th .Hopefully I can get some photo's.
Toggle signature
​
[SIGPIC][/SIGPIC]​

:hello: Glad you enjoyed the photos of the Mall and Parade.

I too, am a huge Peanuts fan! Also, fond of horses.

I'll double-check on the date of the Downtown Walk and get some photos if I can of the tree lighting ceremony and if they have the Parade of Lights in a community 45 miles from here, I'll try and get there too.

Meanwhile, in the week ahead, I can grab a few photos of the decorations at work to share.

Thanks for the contrib, Auntie!
Love those horses.

(Count me as a Charlie Brown fan, too.
I recorded all 3 of the holiday specials last year just in case I missed one this year.)
Toggle signature
May the Calendar Keep Bringing Happy Holidays to You
S

:rudolph: Looked like a Jolly Christmas parade Auntie. Felt like I
was there (without being cold! LOL) Very much enjoyed them.
Great fan of Peanuts and Gang as is my DH. We use to call my
son Charlie Brown when he was little cause he looked a lot like him
until he grew some hairs.

Lots of Christmas decorations going up all over town here too.
"It's beginning to look a lot like Christmas ...."

Thanks, Crown and SS.

When my dog RagMop had her pups, we named a few of them after the Peanuts' characters.
Charlie Brown
Lucy
Linus
I remember when we had pictures of the last three pups in our Christmas stockings trying to find new homes for them. We were flooded with phone calls and that was before the days of answering machines. We did have rotary dial phones though. I should look around, I'll bet I still have the newspaper clipping, I could add it to my album.

I had a dream last night that I was dressed up as a Polar Bear and I was telling Christmas stories to children on a sleigh and I could hear the horses breathing heavily. Gee, wonder how that popped into my brain. HaHa.

:hello: Don't be camera-snapping shy, take some photos in your "merry neck of the woods" and share them too.

I have to find out when the Santa Claus Express rolls in - think it's next Saturday. Last year, I missed it by one day. I love watching the bewilderment on the faces of the children as they return from their breakfast trip to the North Pole. I'd like to snap a photo of Santa as he arrives with them and takes his seat at the Mall.
Toggle signature
Give yourself a merry gift and tune into MCR on Kringle Radio http://kringleradio.com/

We are off to the annual Raleigh Christmas show this morning. Over 300 vendors/displays!
Will try to get some photos for the thread.
Toggle signature
May the Calendar Keep Bringing Happy Holidays to You

Enjoyed the Christmas show yesterday.
Went with my sister and both nieces.
Following are some photos:

2) Another view of the trees, with a different camera setting, giving a "night" appearance.

Toggle signature
May the Calendar Keep Bringing Happy Holidays to You

Home made wreaths for sale.

Toggle signature
May the Calendar Keep Bringing Happy Holidays to You

View from above does not do it justice. This is only about a third of the entire display area!

Great Pics! What a lovely Chiristmas show to attend!
U

Looks like a really good show. My wife and I went to the southern christmas show in charlotte last week, that was like this. It's so great being around people whose soul purpose is Christmas. Everyone there was so cheerful and in the holiday spirit. And they had the best Santa Claus I have ever ever seen. He coulda been the real deal...

Lovely shots, Crown. As I mentioned before, we don't have near the excitement in our displays and I haven't made it to any Craft shows this year.

I was at a working seminar yesterday at the local Clarion Resort and grabbed a few photos of their Christmas display and lobby decor. 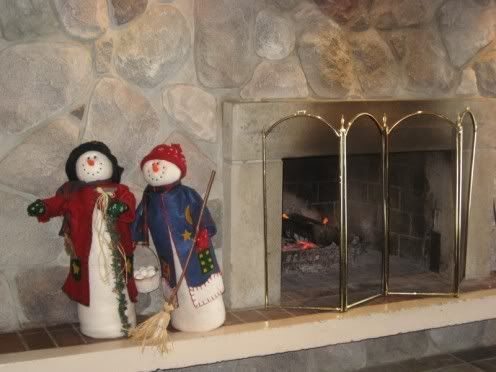 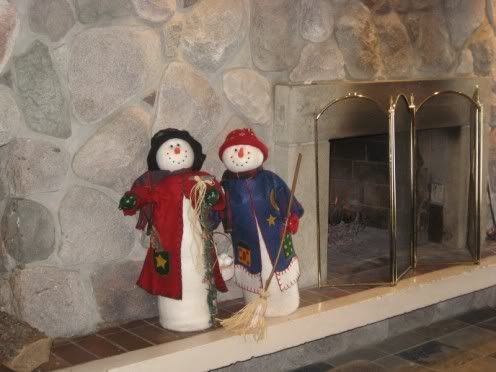 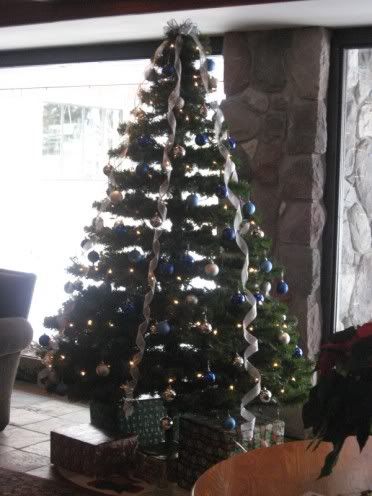 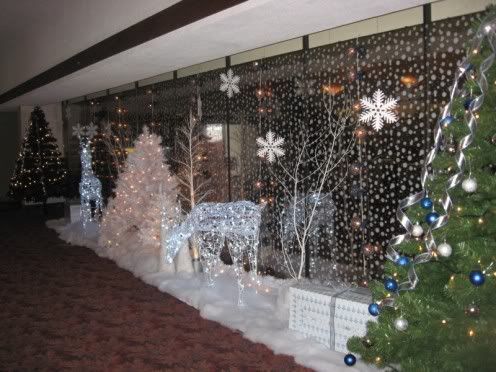 Close Up of present and backdrop Display 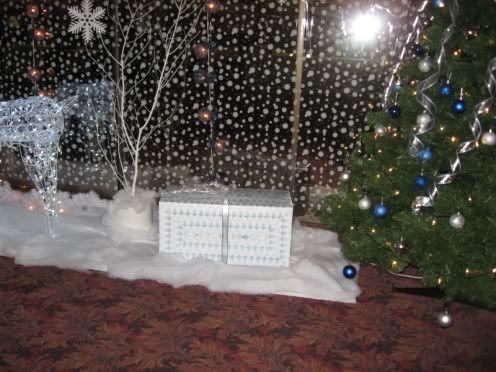 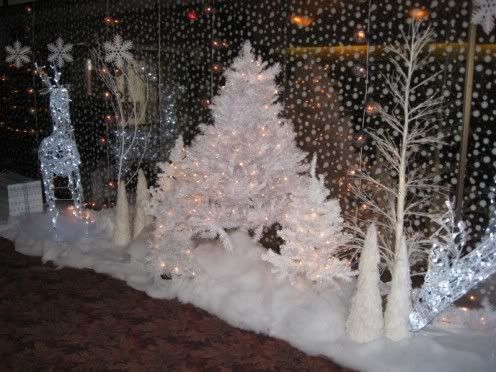 Close up of Tree display 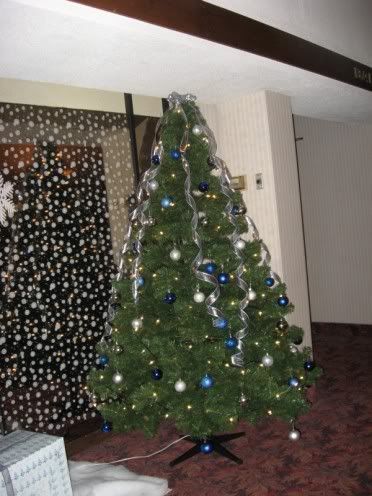 Another full view of their display - illuminated reindeer 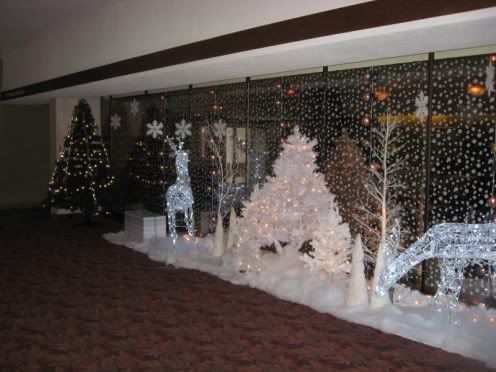 O’Malley hiding from the snow plow in his fort 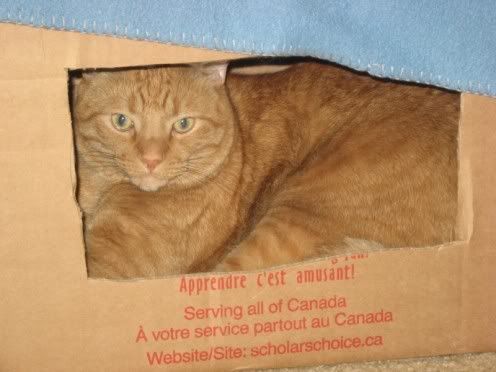 And what's a Christmas Blossom thread without pics after our first winter blizzard. 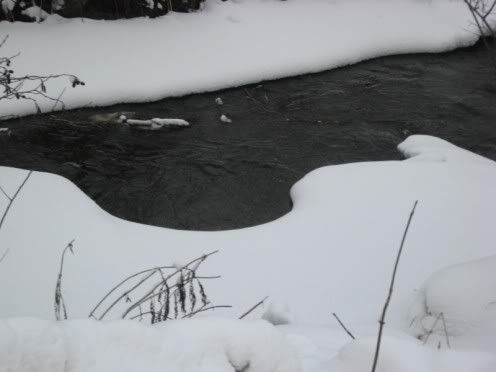 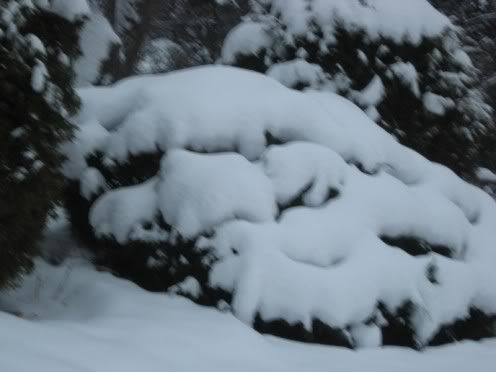 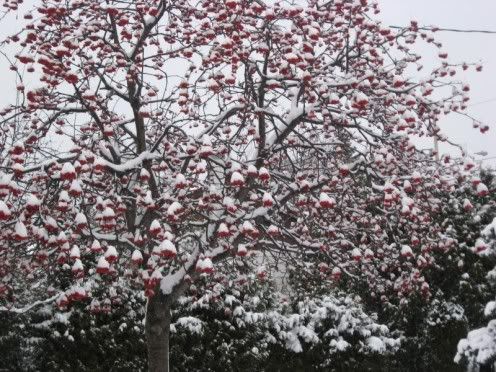 Gotta run, time for my trip to the gym.
Toggle signature
Give yourself a merry gift and tune into MCR on Kringle Radio http://kringleradio.com/

Auntie, the photo's of the blizzard are so beautiful.
Toggle signature
​
[SIGPIC][/SIGPIC]​

Thank You, Auntie!
Toggle signature
May the Calendar Keep Bringing Happy Holidays to You

The lights are on at Temple Square...now we just need some snow to make the picture complete.... 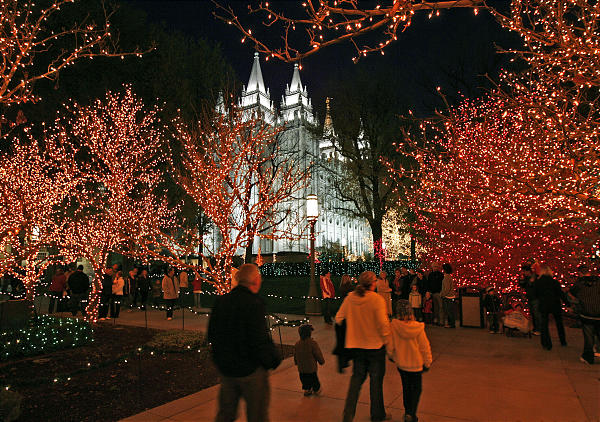 Jeff Westover said:
The lights are on at Temple Square...now we just need some snow to make the picture complete....